TRACING THE DANGER IN THE AIR

If we understand it, we can fix it

That number of deaths is linked to outdoor air pollution as recorded by the World Health Organisation (WHO). When you include indoor pollution, the number goes up to 7 million people every year.

While most of these deaths are in developing and middle-income countries, major cities in developed countries still record higher than recommended levels of substances linked to dangerous pollutants.

So, what are these pollutants and how do they affect people?

NO₂, Nitrogen Dioxide, is produced in abnormal quantities by human activities like burning of fuel, motor vehicle emissions, and power plants. It is toxic and easy to inhale, known to trigger asthma.

The PM₂.₅ is also a killer pollutant. Simply referred to as ‘Particulate Matter’, it is composed of solid particles and liquid droplets. It is highly inhalable causing many health problems, especially linked to the heart.

PM₁₀ is four times bigger than PM₂.₅ but just as dangerous because it can also be easily inhaled.

The trouble with air pollution is that it affects even those who didn’t create it. The big question would then be, how to trace the danger in the air and prevent exposure to these deadly agents? While many answers speak to long-term strategies, the immediate response involves aggressive monitoring and warning systems that give individuals the ability to make decisions that protect them.

Having reliable air pollution monitoring tools like ARLAS ensures that everyone in the decision-making chain is well equipped to act.

The world ground to a halt and immediately opened the skies – quite literary in some locations – to the possibilities of tackling air pollution. The near-global lockdown courtesy of COVID-19 made it apparent for ‘pollution effects believers and non-believers’, that the Earth had been choking. 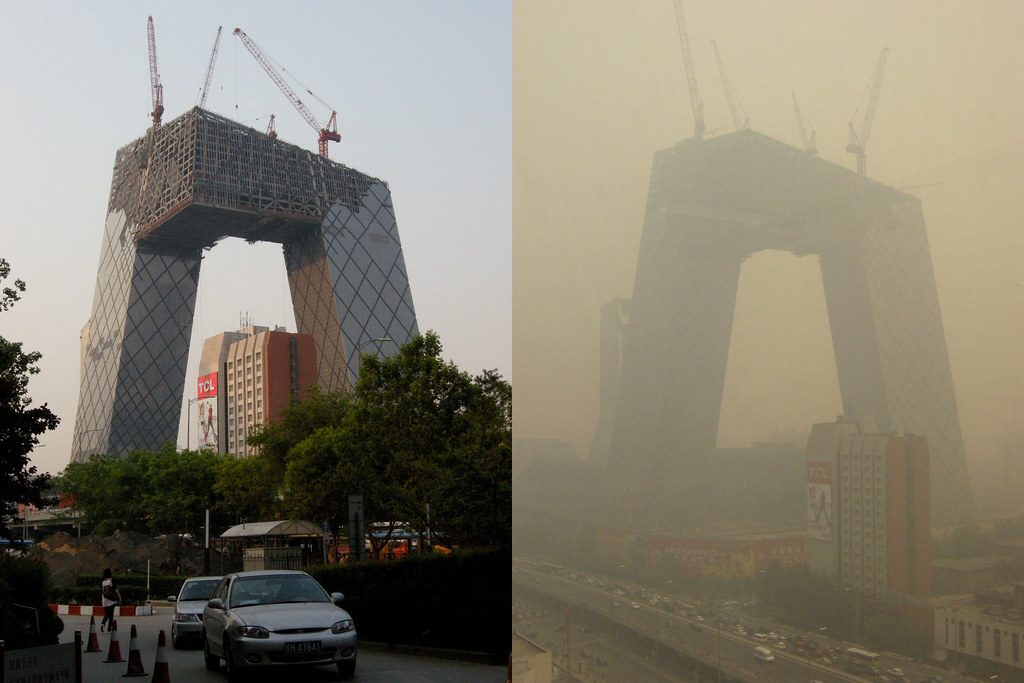 On the left, Beijing on a clearer day and on the right, the city covered in smog, a feature common with high pollution

It was no surprise to see pollution levels go down as mobility reduced and non-essential factories’ tracks go on a standstill, cutting pollutants by significant numbers.

China for example is on record as the highest contributor to CO₂ levels globally. During their lockdown, their CO₂ emissions went down by about 25%, equivalent to 150,000 tons.

To put that into perspective, that is nearly five times what  Angola emits yearly.

We tested the theory of human contribution to air pollution. Using ARLAS, we compared March – April 2019, March – April 2020, and June 2020 data. This period represents, before and during COVID-19 for the same periods and just after the lockdown was lifted in some countries.

Comparision of the Evolution of PM₂.₅ emissions in the Beijing/Tianjin/Hebei/Shandong provinces from January to March 2019 versus 2020

Focusing on provinces around Beijing, ARLAS shows  PM₂.₅ levels reducing by about 30% over the period when the lockdown is ongoing. It is clear from this demonstration that reduced human activity also reduced the volume of pollutants released in the air. There is also a significant reduction in PM₁₀ levels.

Some activities that are traditionally low contributors to pollution like home heating and data centres increased their pollution contribution as human activities migrated home and online. This kept some pollutants volumes high.

On ARLAS, a dive down to specific stations reveals a more localized picture.

Based on the dangers associated with PM₂.₅ and PM₁₀, the WHO advises that exposure to these two agents should be kept below 20μg/m3 for  PM₁₀  and  10 μg/m3  for PM₂.₅. Some locations record levels that are over five times higher than the recommended values.

But, it was still, way above the recommended threshold.

NO₂ emissions also have an adverse effect on health especially when higher than 100μg/m3 on an hourly average. Between January and August 2019, Paris experienced levels above 100μg/m3 85 times.  In 2020, it was cut down 21 times to only 4 measures of similar quantities that were recorded at the end of June, just after the lockdown. 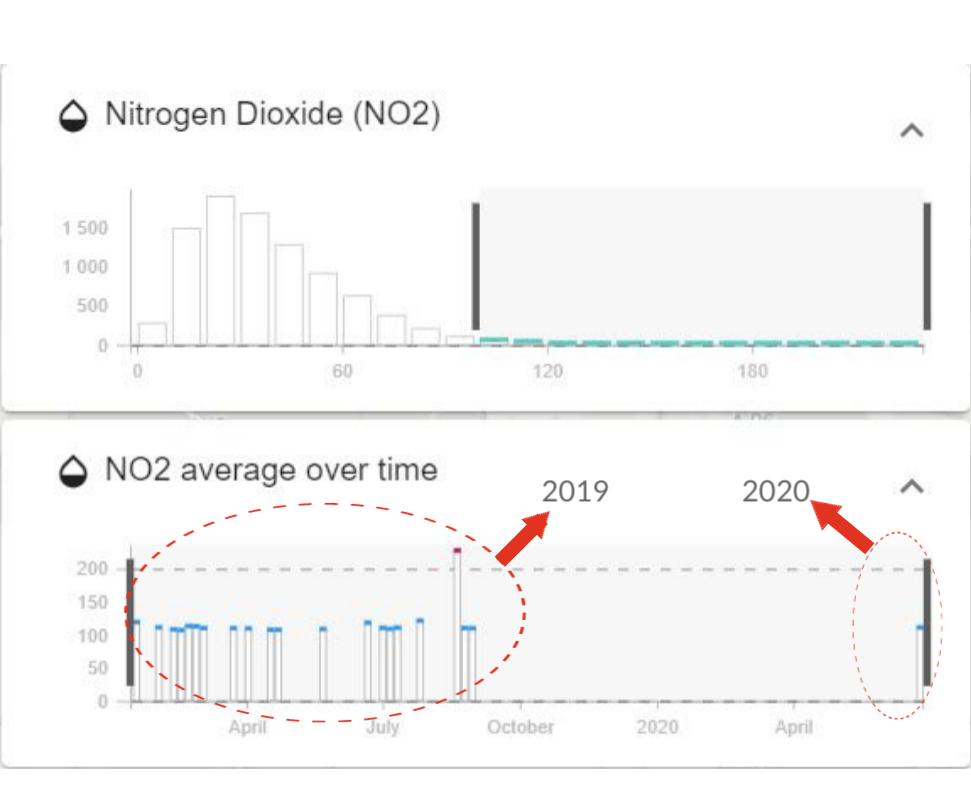 Strict monitoring of air pollution is a growing phenomenon with more stations being set up to facilitate this. The European Union region has stringent policies on pollution which have resulted in lower deaths linked to air pollution. France for instance has reduced air pollution linked deaths by half in only 25 years.

Pollution data gives the ability to analyse it and fix it.

An ecosystem of monitoring and prevention would ideally save many lives: different players acting from different angles, easily and quickly guided by data.

To start, policymakers like scientists and regulators, require needlepoint precision to determine their actions.

Travel companies that issue alerts on destinations based on pollution levels could help many at-risk groups to make informed choices – for example, people with preexisting pulmonary conditions. Could this lead to cheaper insurance premiums for travellers to/during low pollution zones and periods? Or even better, saving lives.

Individuals may also want to proactively stay connected to pollution information within their localities or elsewhere they intend to visit. Access to mobile applications that have credible up to date data would put pollution-fighting power in their hands like; where to find a job or buy a home amongst other human habitation decisions.

WHO is keen to have more stations set-up because the more air pollution data is collected, the clearer the picture. The OpenAQ currently collects up to 588 million air quality measurements. This is big data that ARLAS can quickly and easily process for Air pollution analysis.

The irony of the COVID-19 pandemic is that within the initial limited time of confinement – mid March – end of May 2020 – more lives may have been saved from the direct effects of exposure to pollution than were lost due to COVID-19 during the same period.

Scientists are already linking higher critical COVID-19 impact amongst people who were previously exposed to high levels of pollution.

All efforts towards air pollution monitoring are expected to help reduce premature deaths linked to toxic air. If you are working in monitoring, policy setting or warning mechanisms around pollution, check out our demo to get a glimpse of Arlas at work on OpenAQ pollution data.

Get in touch with us at contact@gisaia.com if you would like to discuss tools and services to get you acting faster.

WHO Article “9 out of 10 people worldwide breathe polluted air, but more countries are taking action”